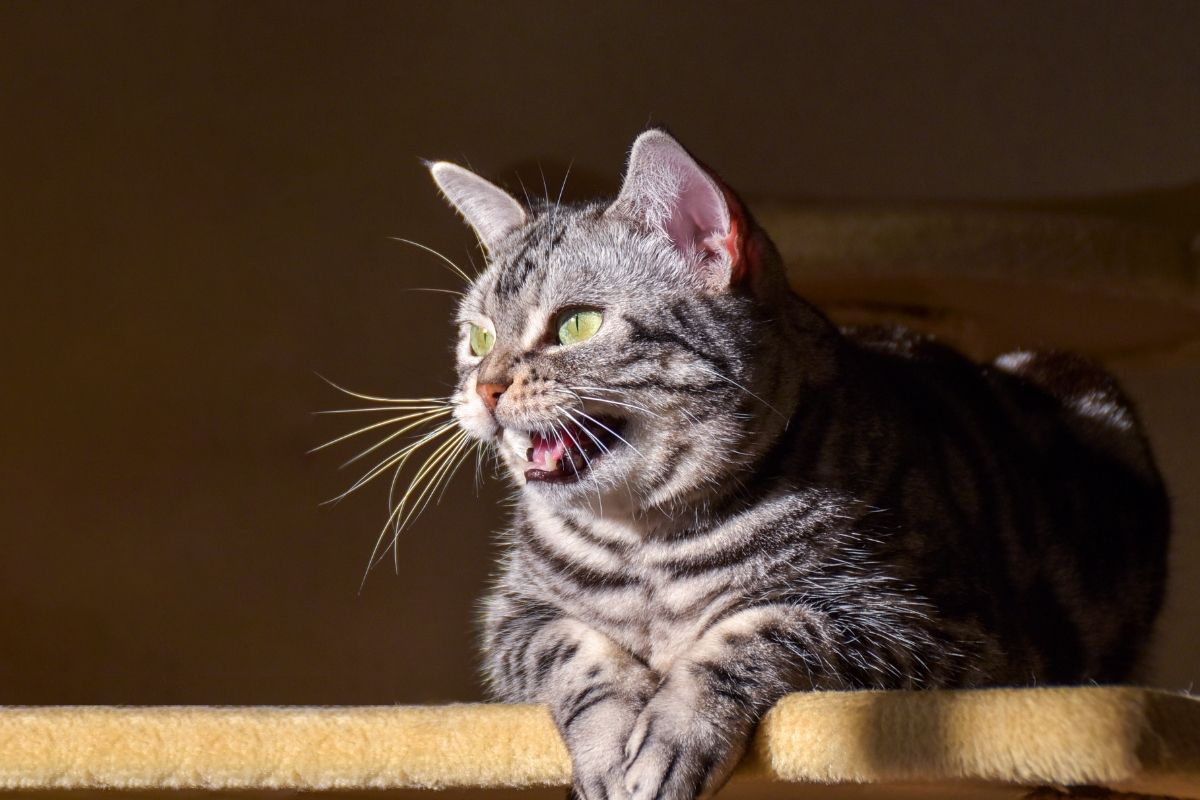 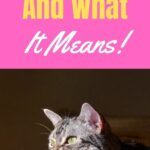 If you’ve been a cat parent for any length of time you may be asking “why do cats chatter?” In this post you’ll discover all about this odd yet endearing noise your cat makes.

In addition to chattering you’ll also find out why cats chirp and make other strange sounds. Are they normal and when to worry?

You may have been led to believe the only sound cats make is meow. While meowing is an important part of cat language, there are many other sounds.

Just like human language there are many words cats use to express themselves. Of course, your cat can’t talk, but the sounds she makes are equivalent to words!

Keep reading as we enter your cat’s world…

Have you caught sight of your cat staring out of the window while chattering? If so she’s probably been watching birds, squirrels, or other small wildlife.

It’s believed cats make these strange sounds out of frustration.  Seeing prey and not being able to stalk and chase defies a cat’s natural hunting instincts.

You could look at it like a kitty swear word! I’m sure many of us have a range of swear words to hand.

Another theory is that chattering is directed at the prey. It’s as if your cat is trying to micic its squawks or shrieks.

Your cat is stimulated by seeing the prey, and an adrenaline rush activates her hunting instinct. This is completely normal and you may also notice her tail swishing and mouth quivering.

Although mimicing is associated with birds such as parrots, studies have found wild cats are also capable of altering their vocal range.

This just goes to show the clever and cunning tricks felines can perform. As cats need frequent meals to survive in the wild, this is a great trait to have.

Does Your Cat Chatter At You?

As cats chatter at prey it makes sense they also chatter during play. If you’ve ever made your cat excited with a laser pointer you may know what I’m talking about.

As your kitty gets excited you may notice her eyes widen and her tail swishes back and forth.

In addition, it’s not unheard of for cats to chatter while chasing toy prey. However, if your cat starts chattering at the laser pointer it could mean she’s about to pounce!

It could also mean you get badly scratched in the process! Your cat won’t deliberately try to harm you. It’s just her natural instincts taking over

Also, be careful holding a toy as you could easily become a target! Feather wands are safest as you can distance yourself from your cat. Many have retractable wands so you can pull away quick..

Why your cat chirps

Chirps are different to chattering, and are a short sound often made with the mouth closed. My cat chirps or makes brrp noises as a greeting.

He also does this to get attention, especially if its meal time. You may also have noticed your  cat chirps on your arrival home, or even just to let you know she’s there!

All cats are different with no two being the same. You may find yours likes to vocalise, while others are quieter.

Growling is used as a warning to step back. If you’ve ever heard your cat growl outside, you’ll know it’s often a warning to other cats.

If I hear my cat make this sound I grab hold of him before he starts a fight. Although cats can have friends, there’s always a hierarchy.

Hissing is more of a defensive sound. If growling doesn’t fend off an intruder, hissing is the last resort before attack.

Most cat fights sound worse than they are. It’s not that common for a cat to get hurt and most consist of hissing and shrieking.

If you’ve ever been growled at by your cat it would have been because she felt threatened. It doesn’t mean she hates you, but you may have spooked her.

Cats are easily startled and can respond in a defensive way. Growling is a sign for you to step back.

An injured cat will growl if touched, and if your cat growls when you pet her, it’s possible she’s in pain. If this is the case make sure you speak to your vet.

Many are surprised to learn that adult cats only meow at humans. As kittens meowing is used to get mum’s attention. This could be for food, if they’re frightened or cold.

Your cat may meow at you to say “hi”, if she wants food, needs to go outside, or just wants attention.

If your cat is elderly it’s possible she’ll vocalise more. This is more common in deaf cats though and meowing can be loud!

Unneutered cats especially males will yowl to find a mate. The noise can be really loud especially during the night!

However, if your cat yowls and she’s been spayed it could be she’s in discomfort or pain.  Alternatively, she may be just bored!

I hope this post has helped answer your question “why do cats chatter.” As you now know cats have a wide range of sounds they use to communicate.

In fact, dogs only have a range of ten sounds, whereas cats have 100! So you can see how well our feline friends have evolved to communicate.

In addition to your cat’s wide vocal range, she’ll also communicate using body language. One thing to bear in mind is this differs from canine body language.

For example, tail swishing in dogs means happy, but in cats it’s beware! An angry cat will swish her tail.

Apart from chattering we also covered other common sounds including chirping, meowing, and yowling.  The latter two could be cause for concern if your cat meows or yowls excessively.

If you’re at all concerned about your cat always consult a vet. A normally quiet kitty could be unwell if she suddenly becomes vocal

Wishing you a purrfect day

10 thoughts on “Why Do Cats Chatter? Discover The Real Reason For This Odd Trait”