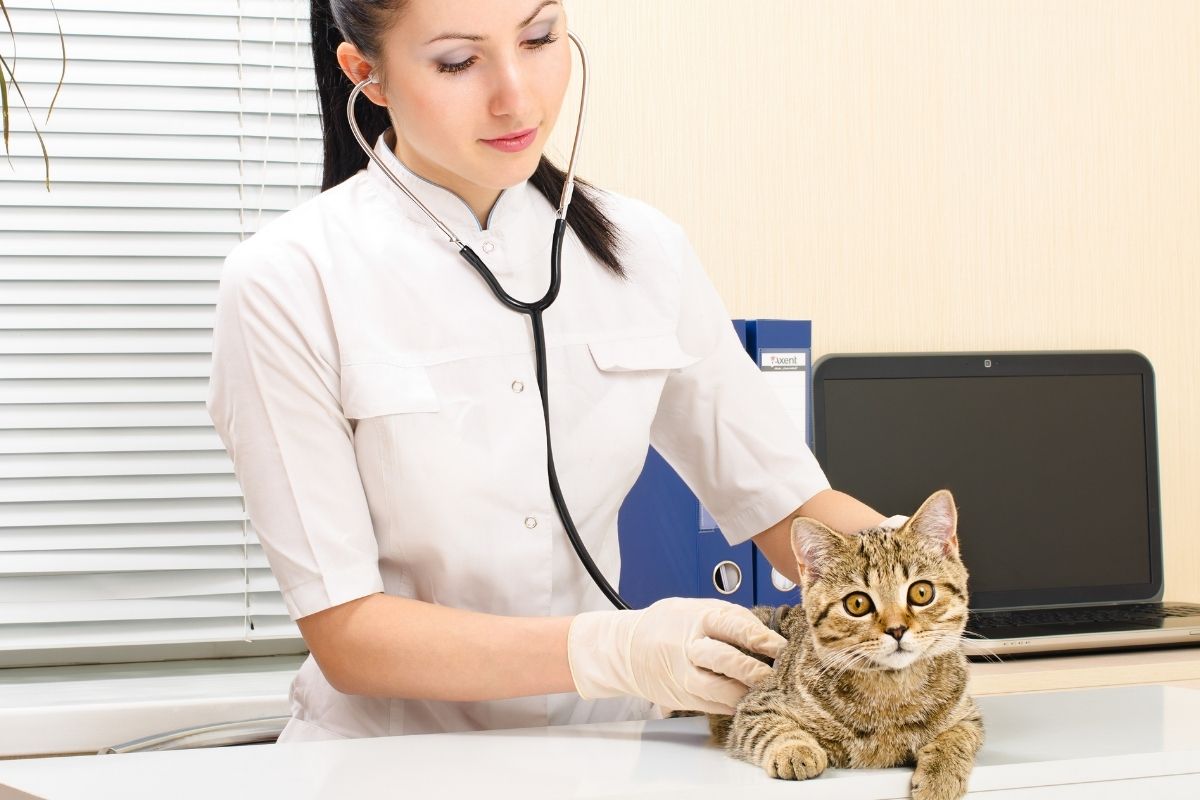 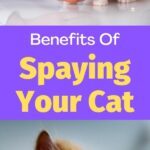 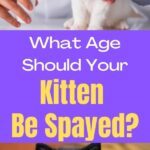 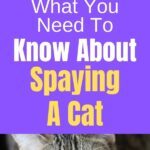 If you’re getting a kitten you may be asking “what is spaying a cat all about?” This is a very common question, and massively important if you don’t want to be overrun with kittens!

In this post you’ll discover all about spaying and what it involves. Plus, should you let your cat have one litter beforehand, and what are the pros and cons?

Unless you’re a breeder, spaying or neutering your cat is a decision you’ll have to make at some point. Keep reading as I share information helping you make an informed choice.

What Is Spaying And What Does It Involve?

Spaying means sterilising your female cat to prevent unwanted kittens. It’s a simple procedure usually recommended by the time your kitten is around four months old.

Cats reach sexual maturity very fast, and your female kitty will start attracting tomcats by the time she reaches four months. Unless you get her “fixed” you’ll probably find she’ll get pregnant.

The responsibility of caring for a pregnant cat isn’t to be taken lightly. Finding homes for a litter of kittens could prove challenging.

Spaying is very safe and serious complications extremely rare. As the operation is done under general anaesthetic your cat won’t feel any pain.

However, some discomfort may be experienced for a short while after the op. Your vet will prescribe pain relief medication if needed though.

When you take your cat in for her operation she’ll have fur shaved on her belly. This will grow back fairly quick so don’t worry about the bald patch! In fact, your cat won’t be concerned anyway!

During the operation both uterus and overies will be surgically removed. This means there’s no chance of your cat ever getting pregnant.

In most cases, your kitten will be able to come home on the same day. Also, guidance on aftercare will be provided by your vet.

It’s important to follow those guidelines and let your cat rest as sleeping is normal after a general anaesthetic.

As previously mentioned kittens mature at a rapid rate. This means by the time your kitten is six months old she’s like a ten year old child.

However, unlike human children, kittens reach sexual maturity as young as four months old. That being said, all cats are different.

Although, some breeds mature at a much slower rate, this doesn’t mean they’re not sexually active! Your vet will advise you though.

Is It Too Late To Get An Adult Cat Spayed?

Even if a kitten hasn’t been spayed, it’s never too late to get it done. Some rescue centres or shelters will spay female cats, but this depends where you live.

Here in the UK, Cat’s Protection always neuter or spay rescue cats, however, it’s not mandatory. This is why you should always ask before adoption.

How Long Will It Take For Your Cat To Fully Recover?

You’ll be pleased to hear most cats recover quickly. However you may notice a wobbly kitty for a few hours!

While your cat may seem back to her normal self within a day or two you must keep a close eye on her. Make sure she has a quiet place to sleep, and follow your vet’s advice.

If your cat’s stitches are dissolvable they won’t need to be removed. However she must be kept indoors for at least 10-14 days.

As your kitty will need to wear a cone, going outside could be very dangerous. Make sure windows and doors are kept shut during this time to avoid any escapes!

Do Cats Put On Weight After Spaying?

Many pet owners ask if a cat will gain weight after being spayed. The answer is not all will, but there is a greater risk.

This because of significant hormonal changes within your cat’s body. A good idea may be to introduce weight management cat food if you think your feline friend is expanding!

What Are The Benefits Of Spaying?

While the biggest benefit of spaying is controlling the cat population, it can also provide health benefits as well. These include removing the risk of some cancers.

As your cat will no longer have overies or a uterus she won’t be at risk of common female cancers. In addition, she’ll be calmer as her drive to mate will have gone.

This is also a benefit to you since cat calls can be very noisy! If you don’t want to be woken up in the middle of the night by a yowling kitty, spaying could be a major benefit.

Your cat will also be far less likely to wander off. Females in heat will venture far in search of a mate. Also, she’ll be less likely to develop FIV.

This is commonly passed on through biting during mating. In many ways it’s similar to human HIV.

Aside from that, giving birth and nursing can result in complications. This in turn could mean expensive veterinary bills and unnecessary suffering.

What Are The downsides of spaying?

As previously mentioned, weight gain could be a problem after spaying. This can be remedied though with a change in diet.

Also, the operation itself carries a small risk. This applies to any operation though. In addition, complications could develop, but your vet would deal with that.

Unless you intend to breed your cat there are no other downsides.

Should You Let Your Cat Have A Litter Before Being Spayed?

Contrary to some beliefs it’s not a good idea to allow your cat to have a litter before spaying. As well as having no health benefits, you’ll be responsible for rehoming kittens.

In addition, as bad as it sounds, cats aren’t fussy about inbreeding! Your female kitty can go into heat in as little as six weeks after giving birth.

Not only will kittens from the same litter interbreed with each other, but with the mother as well! As a result, you can imagine how fast the cat population increases.

What Is The Average Cost Of Spaying A Cat?

While spaying your cat should be a top priority you may be worried about cost. Fortunately there are non-profit services available in many countries.

If you live in the UK, there are charities such as Blue Cross who offer free or reduced costs for spaying. These are aimed at those experiencing financial hardship or on a low income.

Prices for spaying a female cat can vary from £50 to £100, so it pays to shop around before making a decision. Unfortunately, most pet insurance policies don’t cover routine treatments such as spaying or neutering.

If you live in the US you can expect anywhere from around $300 to $500 for spaying a cat. Similar to the UK there are charitable organisations offering greatly reduced fees.

If you’re on a tight budget with no savings you may be able to find services charging as little as $50. However, this will vary depending where you live.

Spaying and neutering are the best ways to keep the cat population under control. Shelters are full of unwanted kittens and not all can find homes.

Ensuring your cat doesn’t get pregnant is the kindest thing you can do. She won’t know any different and will make a happy, loving pet.

She’ll also have no risk of ovarian or uterus cancer. In addition, spayed cats tend to be calmer and more affectionate.

While there are very few downsides, there are far more reasons to consider spaying. It’s not only kinder for your cat but will save you potential heartache and problems associated with pregnancy.

12 thoughts on “What Is Spaying A Cat And Is It Really Necessary? The Ultimate Guide”