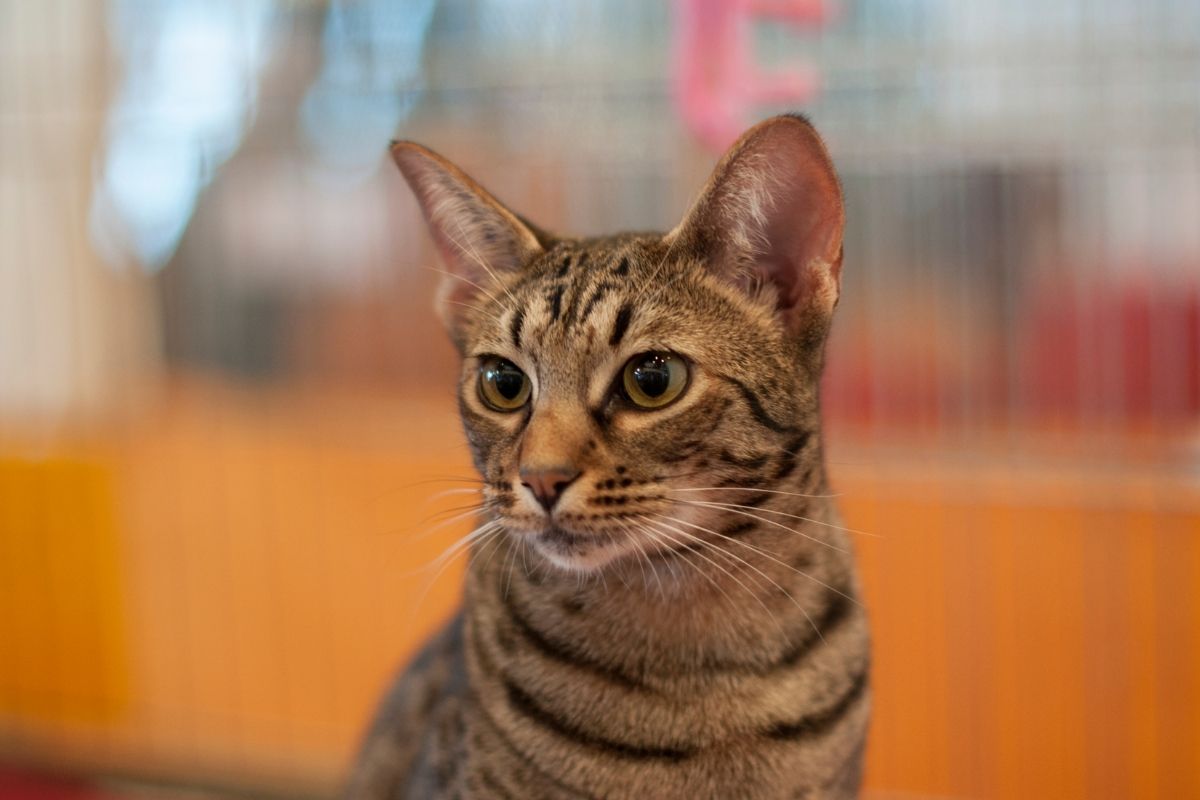 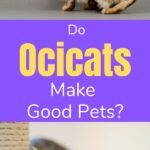 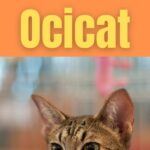 If you’re wondering what is an ocicat you’ve come to the right place. Whether you’re just curious, or looking for a more exotic looking kitty I’ll be providing all the information you need.

You’ll learn about the history of this unusual breed, physical characteristics and personality. In addition you’ll also discover tips on caring for an ocicat and if there are any health issues.

Knowing how to find an ocicat breeder is something you’ll need to know if you decide to adopt. We’ll be covering that as well at the end of this article.

Brief History Of The Ocicat

You may be surprised to learn the ocicat came about by pure chance. In fact, it was the result of experimental breeding.

This all came about after an American breeder, Virginia Daly tried to create a Siamese with Abyssinian points. She crossed a sealpoint Siamese with a ruddy Abyssinian, resulting in a litter that resembled Abys.

Virginia decided to keep one of the kittens and named her Dalai She. Then after crossing her with a chocolate point Siamese, a litter of Abyssinian points and Siamese was born.

This process continued until a very unusual ivory colored kitten with gold spots was born. This male bore a striking resemblance to the wild Ocelot cat.

He was named Tonga, and after neutering him was sold as a pet. However, this wasn’t the end of the story as a well known geneticist heard about Tonga and was interested in creating a cat that looked like the extinct Egyptian Spotted Fishing cat.

Of course, Tonga was sold and had been neutered, so Virginia re-mated his parents. This resulted in a yellow spotted male she named Dalai Dotson.

This was the start of the Ocicat breed, but it wasn’t until 1987 they were recognised by the CFA. Since then breeding has continued, but mostly within the USA.

If you live in Europe or the UK you may find adopting an Ocicat a bit more difficult. However, there is an Ocicat club with lots of information.

If you were to see an Ocicat for the first time you’d think it was a wildcat. This is because of it’s resemblance to the South American Ocelot.

Deapite it’s wild appearance the Ocicat has a friendly nature and a world away from the Ocelot. So, don’t let those spots put you off!

Ocicats are medium to large size cat with a muscular body. In addition, they have a long tail with a dark tip. Also, the legs are fairly long with large, oval shaped paws.

You’ll notice the cat’s large triangular shaped ears. These are bigger than those of a regular cat and similar to that of the Bengal. In addition,, some have tufts of fur that point upwards from the ear tips, similar to the Lynx.

This serves to add to the Ocicat’s wild appearance. Ocicat yes are almond in shape, with every color except blue. Common eye colors include green and amber.

Take a close look at the head and you’ll notice a distinct wedge shape. This is another similarity to the Bengal.

There are as many as 12 different coat colors including chocolate, cinnamon, blue, lavender and silver. Also, as breeding progressed, the American Shorthair was introduced. This became responsible for the cat’s silver gene.

The most striking feature of the Ocicat is its bold thumb shaped spots. These stand out from the main coat color giving a dramatic effect.

In fact they look similar in so many ways to the Bengal you may have a hard time distinguishing them. However, the Ocicat is smaller, weighing between 6-15 pounds.

The coat is short with a glossy sheen it appear vibrant. You can emphasize this by wiping your cat with a chamois leather.

Another unique feature of the Ocicat is the tabby v shaped marking on its forehead. Also, you’ll notice other dark markings around the eyes and other areas on the face.

About The Ocicat Personality

The Ocicat’s personality certainly doesn’t reflect its wildcat looks. In fact this is one of the friendliest cats you could wish for.

However, before you decide to adopt one of the spotty felines there are a few more things you should know. Firstly, these cats are very athletic with plenty of energy!

Don’t expect an Ocicat to spend most of her day quietly snoozing. Instead, she’ll be ready for action and looking for mischief!

Leaving an Ocicat on her own all day isn’t a good idea as she’ll be making her own entertainment. This may include opening all your cupboards and inspecting everything.

The playful nature of an Ocicat demands games with plenty of toys. These should include puzzle games that challenge your kitty.

In addition a cat condo for large cats would be a great idea. Although not as as big as a Bengal, an Ocicat can still reach a fair size.

Condos provide perches as well as cubby holes, giving your cat plenty of space to play and rest. They also encourage exercise as jumping from perch to perch gets your kitty to stretch.

Another great characteristic of the Ocicat is its dog like nature. This makes them a great choice if you have dogs. While some cats are timid around dogs, the Ocicat will want to join in their games!

Can You Train An Ocicat?

The answer is definitely YES! In fact, it’s possible to get Ocicats to come when called.

Also, other command tricks such as “sit”, “lie down”, and even shake paws are entirely possible to achieve. In addition, you should have no problems training your cat to leash walk, and even play fetch.

This means if you decide to keep your cat indoors she’ll still get access to the outside world. Leash walking a cat though isn’t the same as walking a dog!

Should You Keep An Ocicat Indoors?

As this breed is striking in appearance it could make them a target for thieves. Unless you have a cat proof garden you may want to consider the indoor life.

I never usually recommend keeping a cat inside as it’s nicer for them to roam freely. However, in some situations in can be safer.

If you live near a main road, in a high rise apartment, or just don’t feel it’s safe, then an indoor life may be the best idea. In addition, as Ocicats are valuable a thief could make a lot of money.

Caring for An Ocicat

While Ocicats are known for their love of water, you don’t have to bath them. Instead, a weekly brush is all that’s needed. As mentioned previously though, wiping the coat with a chamois leather can help enhance its shine.

If you decide to enter your Ocicat in shows you may decide to shampoo her coat. Though not a necessity, you can get shampoos to emphasize coat color just as a blonde or redhead person can.

The best type of cat brush to use is one with natural bristles such as a Bass Brush. These are kinder to the skin and smooth the coat without irritating.

In addition to brushing your Ocicat you should trim her nails occasionally. If you’re nervous about doing this you could always use a professional groomer.

Do Ocicats Have Any Health Issues?

While the Ocicat is considered fairly healthy there are a few known health problems to watch for. These include hypertrophic cardiomyopathy, hemolytic anemia, and renal amyloidosis.

One thing to bear in mind is a healthy Ocicat can live a long life beyond 15 years. However, as its not a natural breed, you can expect hereditary diseases.

This is because many designer breeds use a very small gene pool. Results can be stunning, but sadly also increase risk of inherited health problems.

Is An Ocicat The Right Breed For You?

If you go out to work all day you should seriously consider an Ocicat as your choice of pet. That is unless you get two!

If this seems a good idea, you’ll need to secure your belongings before leaving the cats in charge! Remember, these are intelligent and mischievous creatures.

On the other hand, if you work from home an Ocicat could be your ideal companion. Be aware though a curious Ocicat could find it highly amusing to pounce on your laptop!

Finding a breeder takes a bit of time and research. The results can be well worth it though if you find your perfect Ocicat kitten.

Depending where you live you determines how likely you are to find a breeder. Although more common in America, Ocicats are gaining popularity in other countries.

You may find the CFA a good place to start as they have a ton of information on their website. However, this may be more relevant if you intend to show your cat.

If you live in the UK, you may find the Ocicat Club very useful as they list breeders in regions. Whether you live in the north of Scotland or the south of England there may be a breeder in your area.

You may need to be patient especially if you have a particular coat color in mind. Always check out the breeder first and walk away if you’re not allowed to see the kittens or parents.

I hope this article has answered your question “what is an Ocicat?” As you’ve learned this is an unusual breed closely resembling the Ocelot.

However, the personality of this cat is far removed from a wildcat. Instead of an aggressive animal and keen hunter you have a friendly and outgoing kitty.

Known for their dog like nature Ocicats are easily trained and can make affectionate and loving pets. Should you decide to get one of these cats you must think about your lifestyle.

If you’re always traveling or working away this may not be the right breed for you. This is because not only do they tend to attach to one person, their sociable nature means they hate being left alone.

2 thoughts on “What Is An Ocicat? Discover Everything You Need To Know About This Beautiful Cat”