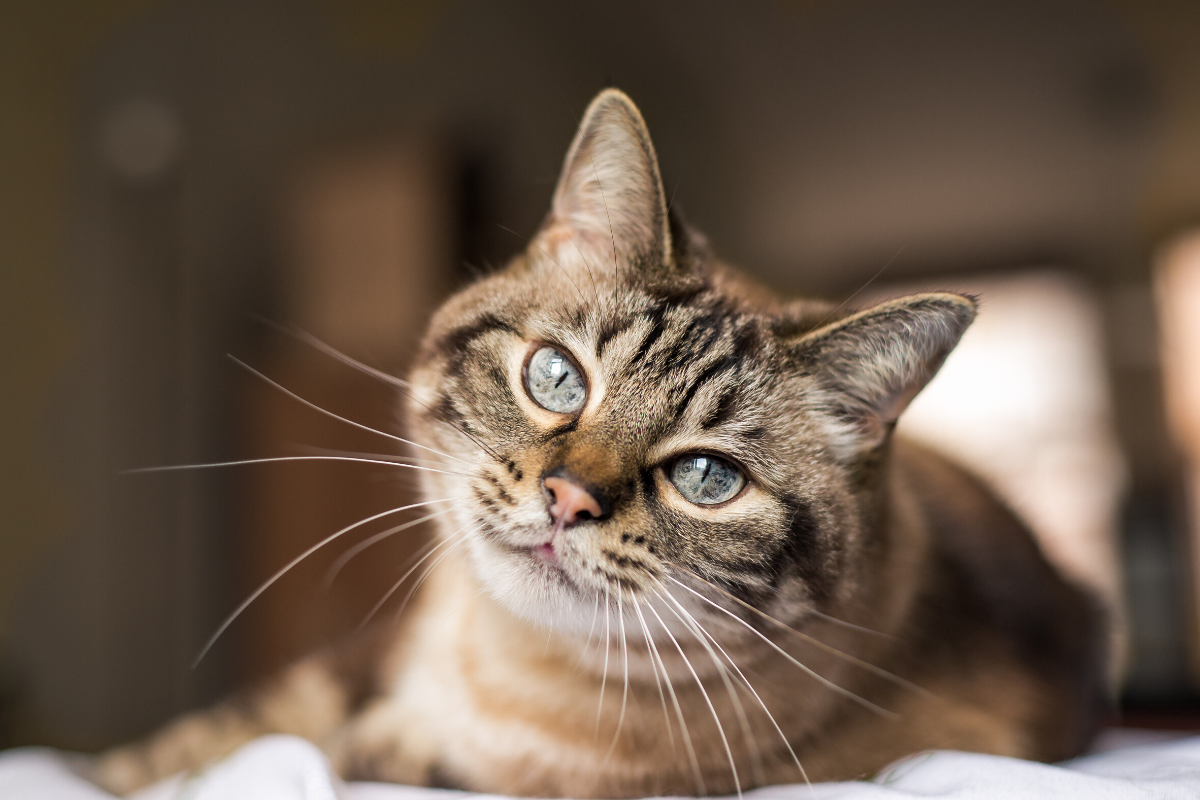 If you have a dizzy kitty could it be vestibular disease? Though more common in dogs and humans it can occasionally be found in cats. How can you tell if your cat is suffering from this condition, and what can you do?

In this post you’ll discover all about vestibular disease in cats and some of the signs to watch for. In addition you’ll find some of the causes and if they can be treated.

What is vestibular disease?

Vestibular disease is very unpleasant and affects the part of the brain and inner ear responsible for balance and orientation. Common symptoms include vertigo and being unable to walk properly. It’s also known as old dog vestibular syndrome, as it’s so common in older canines.

If you’ve ever had a vertigo attack you’ll know exactly what it feels like. Cats are usually extremely agile so watching your kitty wobble and fall can be very distressing. As it’s less common in cats your vet will want to carry out a series of tests to determine if it is vestibular disease.

What is the vestibular system?

I’m sure your wondering what the vestibular system actually is and why it wreaks such havoc when not working properly. If you were to look inside your cat’s ears you’d see 3 semi-circular canals filled with fluid.

These act a bit like spirit levels and work with the brain sending signals to make sense of the body’s orientation. It only takes a few false signals to knock everything out of sync. This is why your cat may appear to have been at the gin while your back was turned!

Symptoms you may notice include rapid movement of the eyes in all directions, circling, bumping into walls and falling. Loss of appetite is common as your cat feels nauseous, and she’ll probably sleep a lot.

What can be making your cat so dizzy and off balance?

Firstly, any age can be affected, so whether your kitty is young or old there’s a possibility she may have vestibular disease. It can come on suddenly and often symptoms are transient. Though distressing to watch, most cats recover within a few weeks.

Your vet will need to carry out a few tests involving blood and urine samples as well as MRI scans and X-rays. In addition, a culture of any discharge from the ear may be included as well.

In the vast majority of cases no exact cause is found, so it’s hard to treat. However, your vet will advise you on home care while your feline friend is recovering.

Idiopathic vestibular disease often has a rapid onset, but most cats start getting better over the following seven to ten days, gaining full recovery within weeks. However, some continue to suffer residual effects for life, such as a slight wobble or head tilt

Don’t worry though as most animals are extremely good at adapting, and continue to lead happy lives. They don’t complain but just get on with things, putting many humans to shame!

While your cat is recovering she may be prescribed ant-motion sickness medication as one of the symptoms of vestibular disease is nausea. Vomiting is common, and in addition you may need to help your poorly kitty eat, as well as picking her up if she falls.

Remember, as upsetting as it is to watch, cats recover very well.It may also be a good idea to move any obstacles out of the way and ensure she has an easily accessible bed.

Dizziness in cats can also be caused by a middle ear infection just as it can with humans. If tests reveal your cat has an ear infection, your vet will probably prescribe antibiotics or anti-fungal treatment.

In some cases though, surgery may be required if the infection is very bad. Whatever medication is prescribed must be given as directed. If you forget or fail to complete the course your cat may get a recurrence of the infection.

Cats in their middle or senior years are more likely to get tumors, which can cause dizziness or symptoms similar to vestibular disease. An MRI scan will reveal any growths and your vet will discuss the options with you. Polyps are usually removed surgically, and radiotherapy may also be used to shrink them.

Cancer is more common in elderly cats just as it is with humans. If the diagnosis is cancer and your cat is over 15 years old she’ll be considered geriatric. Administering anaesthetic at such an age could be very risky and just keeping her comfortable may be the best option.

Could an over active thyroid make your cat dizzy?

Over active thyroid is very common in older cats. Hyperthyroidism is often found in cats aged over 10 years, and symptoms may include dizziness. Though the most recognised signs are weight loss and thirst, others including dizziness and loss of balance may also be found.

Other reasons for a dizzy kitty may include head trauma. If you suspect your cat has been involved in a road traffic accident or had a fall, get her checked over. As I’ve often mentioned, cats can’t tell you what’s happened or why they feel bad. A stroke though not common in cats shouldn’t be ruled out. An MRI scan will soon reveal if your kitty has suffered a stroke.

Lastly, a deficiency in thiamine may make your cat dizzy. Often, this can be down to diet. Feeding your cat cheaper grade foods with high levels of cereal, or too much raw food may cause a lack of this essential nutrient.

Your vet may prescribe oral supplements as well as a change in diet. It’s important for your kitty’s health and wellbeing that she’s fed a quality diet. As levels of thiamine return to normal she’ll feel better and the dizziness should stop.

Certain breeds such as Siamese and Burmese are prone to a form of vestibular disease which is often inherited. It can be worth bearing this in mind should you decide to adopt one of those cats.

Though vestibular disease in cats can be alarming and have you fearing for your feline friend’s life, in most cases it’s completely harmless. Seeing a cat’s sense of balance suddenly disappearing is unnerving as they’re normally such agile creatures.

You’ll be pleased to hear that tumours are quite rare and more often than not, dizziness will be caused by an infection. As you’ve discovered, your vet will be able to prescribe medication such as antibiotics to clear it up and your dizzy kitty should be back to her old self in no time!

2 thoughts on “Vestibular Disease In Cats”