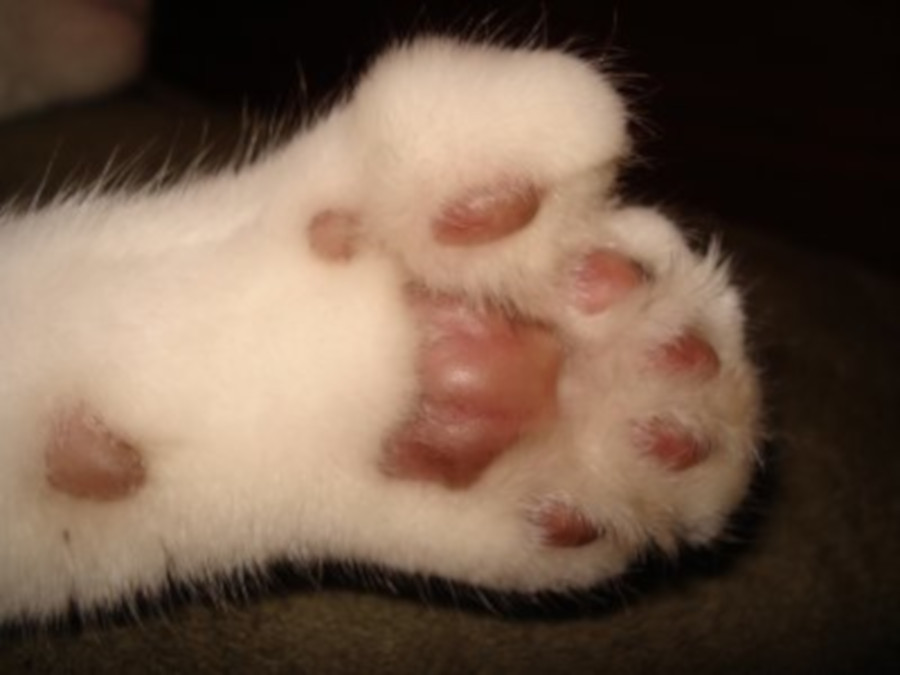 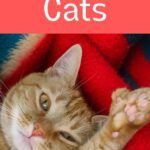 Are polydactyl cats personality traits any different from others? In this post you’ll discover all about the quirky freak of nature, giving some cats extra toes. Should you adopt a polydactyl cat and do they have any health issues?

Firstly, polydactyl cats appear no different to other kitties apart from their toes. Before you start counting your cat’s toes, it is quite rare. Though, if a polydactyl cat mates with a non-polydactyl kitty, there’s a 50% the kittens will have extra toes.

How many extra toes can polydactyl cats have?

Normally, a cat has 5 toes on it’s front paws and 4 on the hind paws. This means domestic cats have 18 in total. It’s far more common for extra toes to be on the front paws, and rarer for hind ones. If your kitty has extra toes this will be the result of a genetic mutation, and one of the parents will be polydactyl.

A cat that’s polydactyl can have up to 7 extra toes, though 2 is most common. The Guiness Book of World Records states that a cat with the most number of toes ever recorded was a ginger kitty name Jake. He had 7 toes on each paw, totalling 28!

If your cat is polydactyl you’ll notice the feet seem larger compared to other felines. In fact, some look as if they have thumbs! If your extra toed kitty has “thumbs” you’ll be relieved to know she won’t be opening tins, or helping herself to cat food any time soon!

What about polydactyl cats personality traits

Does having extra toes give polydactyl cats personality traits which are unique? When you consider they have a distinct advantage you’d think cats with added toes would be feisty in nature. After all, more toes mean better balance, as well as a greater chance of catching prey. However, they’re no different to other cats, and don’t display any odd characteristics. You’ll be just as likely to get a gentle, sweet natured polydactyl as you would any other cat. Just like humans, no two are the same.

Are there any health issues with polydactyl cats?

In general, polydactyl cats are the same as any other feline. However, it’s possible you may get problems with spaces between the extra toes. In addition, twisted joints could cause pain and affect your cat’s movement. However, you’ll be pleased to hear that such physical problems are quite rare.

It’s more common for a cat with extra toes to suffer ingrown claws. This can sometimes cause infection with the paw pad, though your vet would easily be able to clip the affected claw. Another common problem with polydactyl cats is toes growing at different lengths. As a result, the claws may also vary in size. The problem with this is it could making grasping and gripping objects hard. Climbing trees and fences could prove more challenging with deformed claws.

Occasionally, cats born with too many toes may become disabled. Fusing of toes can hinder movement and surgery is often the only option. If you become a pet parent to a polydactyl kitty you’ll need to be prepared for regular claw clipping. In addition, those extra claws will mean a greater chance of your sofa being shredded! Having several scratching posts can stop cats from scratching furniture, reducing risk of damage.

Though kitties with extra toes can occur in any breed, you’re far more likely to find this quirky attribute in maine coons. The maine coon is one of the largest breeds of cat, apart from the norwegian forest. Originating in the cold northern climate of Maine, they’re built for cold weather. Thick fur and large tufted paws help keep maine coon kitties warm. Around 40% of this breed have extra toes and known as maine coon polydactyls.

Many breeders spay or neuter kittens born with extra toes to eradicate polydactyls. Some cat breeders though, attempt to keep this quirkiness alive by deliberately breeding cats with extra toes. If you’re fascinated by this oddity and want to adopt a polydactyl kitty, you should start by looking for breeders in your local area. If you live in the United States, the American polydactyl cat breeders directory is a good place to start. You’ll probably find the equivalent in whatever country you’re residing in.

The famous writer, Ernest Hemingway, became well known for his extra toed kitties. Hemingway’s property in Key West, Florida is home to around 50 cats, many of which are polydactyl. the first of these unique kitties was bought to the island in the 1930s as a gift from a sea captain. Sailors believed extra toed cats bought good luck and they were often used for catching mice on board ships. Their increased balance and ability to withstand rough seas made them very popular.

If you live in Florida or are planning a trip there, the Ernest Hemingway museum is a place you should definitely visit. You’ll be greeted by these adorable cats as you walk around the grounds and museum. These felines became known as hemingway cats and is a name sometimes given to describe polydactyl cats.

Where are polydactyl cats most commonly found?

Though polydactyl kitties can be found anywhere in the world, you’ll most likely find them in Canada, Wales, and England. It’s believed this is due to the cats being used as mousers on trans-continental ships. It’s thought many of these cats were taken from England and started breeding with non-polydactyl kitties.

Should you adopt a polydactyl cat?

Now you know the polydactyl cats personality traits are no different to other kitties, should you adopt one? As with owning any other pet it depends on your lifestyle. All pets whether a dog or cat, need a certain amount of your time each day. The decision to adopt a cat should never be done lightly, and you must be willing to give it care, love, and attention.