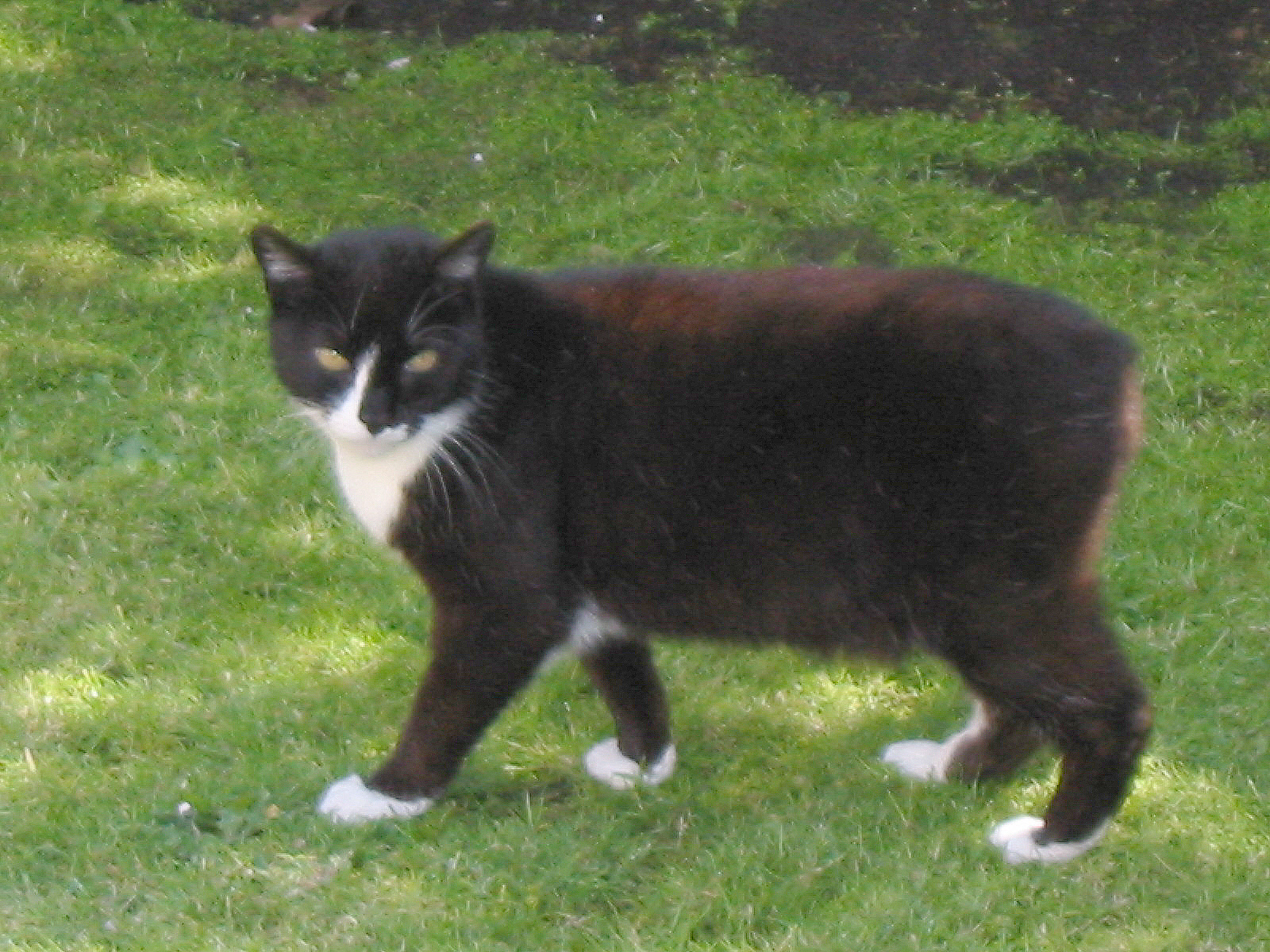 If you’re thinking of adopting a manx, you’ll find plenty of manx cat information here helping you decide. Going back hundreds of years, this quirky breed of moggy is one of the oldest around. Keep reading as we look at the manx cat’s fascinating history, and personality traits. In addition, you’ll discover if there are any health issues you need to be concerned about. Whether you’re adopting a manx for showing or just as a companion you’ll find all you need to know:)

The fascinating history of this tailless breed

There’s a lot of manx cat information about the breed’s history, with much of it being uncertain. A biblical explanation of why the manx is a tailess cat surrounds a theory that when Noah was herding animals into the ark and it started raining, he shut the door. Unfortunately, the poor manx cat caught his tail!

Other theories include one in which a Spanish Armada boat foundered on the Isle of Man carrying cats picked up from the far East. They survived the crash and continued to breed on the island.

A more likely explanation is that it was caused by a gene mutation among short hair cats on the isle of Man. Though not a common breed they’re still well loved and in demand as pets. As tailless cats are a rareity outside the Isle of Man, it suggests the Manx is purely a local breed.

About the manx cat breed

Though manx cats are associated with being completely talless, that’s not always the case. Some are known as stumpies, and have a very short stumpy tail. Those cats that have no tail whatsoever are known as rumpies. Rumpy risers are kitties that have small stubs of vertebrae underneath the fur. When the cat is content and you stroke it’s back, you can feel this stump rising up. Lastly, the longy, has a tail that’s very similar to that of a regular kitty.

All manx cats carry a tail gene which means if two mate, there’s a good chance one or more of the litter will have a tail. However, if an unborn kitten has inherited the tailless gene from both parents it will either die in the womb, or shortly after being born. This seems like mother nature’s way of killing off the tailless breed, though the manx has survived.

It also seems cruel to deliberately breed tailess cats as the tail is used in balancing. However, the manx cat has evolved to have longer back legs than those at the front.

This gives them the ability to jump further distances and at greater heights without losing balance. In addition, the manx cat’s vestibular system is believed to be far greater than that of other breeds of cat. Falling or jumping from a great height still means a manx will safely land on it’s feet! If you’ve ever suffered from vertigo you’ll know all about vestibular balance!

The manx breed of cat is distinguishable by its stocky build and barrel shaped body. The hind legs are longer, and the face is round with beautiful large round eyes, and ears that have rounded tips. If you look at a manx cat standing, you’ll notice the rear end looks slightly higher than the shoulders, giving an arched appearance.

Manx cats are either long or short haired, with a variety of coat markings and colours. Reputable breeders would never breed two rumpies together. Doing so would inevitably lead to the death of most of the kittens. If you want a longy manx you’ll need to do some research and find a breeder.

Before you decide to get a manx cat, you need to be able to allow some time each week for grooming. Manx cats have a double coat which sheds during Spring and Autumn. This makes it essential that you brush your cat at least twice a week due to its dense, thick coat. If you fail to do so, you’ll find lots of shed hairs on your floor and furniture.

What is the manx cat personality?

It’s often been noted that the manx is very dog like in personality. This is due to their love of playing fetch, and loyal nature. You’ll find the manx kitty is highly intelligent, and known for its sharp inquisitiveness and fast learning ability. Cupboard doors are no match for a manx cat! Think carefully before adopting one of these delightful cats as they become very attached to their family. Re-homing should never be an option as they don’t adapt easily to new families.

Do manx cats have any health problems?

Generally speaking, the manx is a healthy breed of cat with a lifespan of between 14-16 years. This is the average of most cats, and you can expect every one of these precious years to be filled with love and companionship.

One fairly common health problem with “stumpies” though is arthritis. This can occur between deformed tail bones causing a lot of discomfort. Making sure your kitty maintains a healthy weight will help. Also, consider feeding your manx a fish oil supplement. Omega 3 found in salmon is great for heart health, arthritis, skin, and coat.

As with all aging kitties and humans there’s always a greater risk of health problems. Making sure your cat has an annual check up at the vets is important. This helps identify any potential health problems before they develop.

What is manx syndrome, and is it fatal?

Though many manx cats are born healthy, “stumpies” or “rumpies” have deformed vertebrae that are fused together. This can affect the way it urinates, and cause mobility problems. If you have a manx cat with no tail, there is a chance she may have problems with her back legs. In addition, she may also develop neurological issues.

In some cases the deformity is so bad, the cat can’t survive. Those that do may only live up to three or four years of age. Reducing the risk of manx syndrome is only possible by the avoidance of breeding tailess cats.

Is the manx cat the right breed for you?

I hope the Manx cat information I’ve provided in this post has helped you decide if this is the right breed for you. As you’ve discovered, they’re very friendly cats with an intelligent and loving personality. However, they don’t like being on their own, so if you’re out all day, this may not be the breed for you.