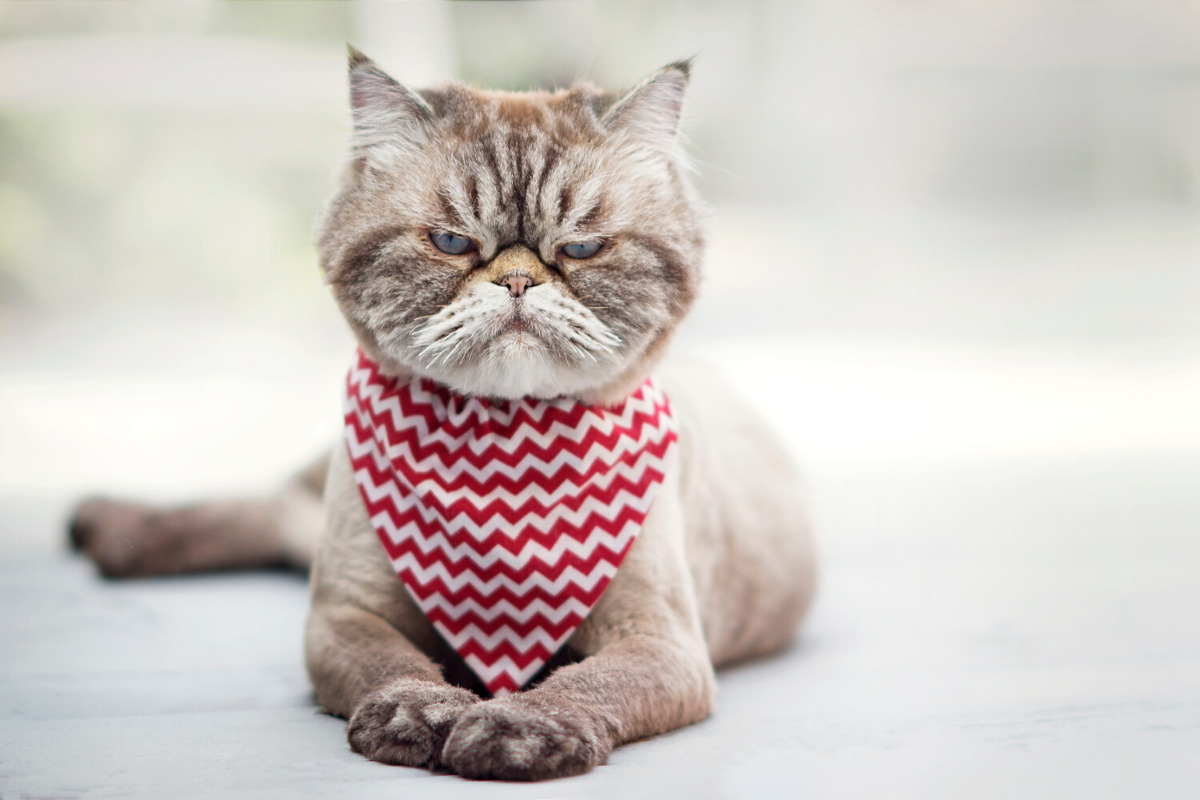 “Do cats get jealous?”,is a question often asked by new cat parents uninitiated in the dark side of feline behaviour! They may look cute and cuddly, but get on the wrong side of one and you’ll know all about it!

Don’t get me wrong, I love cats and wouldn’t be without one, but I’ve seen the sweetest of kitties change into a hissing ball of teeth and claws in an instant. The cause may be trivial to you and I, but cats take things very seriously.

Sometimes it seems like your feline friend is silently plotting to kill you! Those staring eyes that look straight at you but never blink are a bad sign! She’s not a happy puss, and getting ready for the attack. Thankfully, this jealous reaction rarely ends badly for a pet parent.

In this post you’ll discover signs of jealousy in cats and how to deal with it. Plus, what makes your furry friend get jealous, and lots more..

Humans aren’t the only species to suffer insecurity. Cats are thought of as being aloof with no real feelings, but that couldn’t be further from the truth. Although cats are quiet animals and don’t demonstrate affection in the full on way dogs do, they need love just as much.

If your furry friend is insecure she’ll probably resent you spending time away from her, even if it’s only on the computer. Sprawling on the keyboard, or biting your hand when you’re trying to type are typical reactions. My rescue cat used to do that, and as he came from an animal hoarder, I can understand why.

Cats that were starved of attention or not socialised properly are more likely to feel insecure. It can take a long time to gain a cat’s trust after poor treatment, but with love and patience you will be rewarded. It’s not surprising a rehomed cat from such a background would suffer jealousy as animal hoarders rarely interact with every single cat or dog in their possession.

Lack of socialisation and jealousy

Socialisation skills are learned in kittenhood both from the mother and interaction with siblings. As long as kittens stay with mum for at least 8 weeks, they learn how to be a cat, and understand the language.

Lack of such skills could make your cat over dependent on you. Clingy behaviour and jealousy of objects such as mobile phones or laptops are certainly not unheard of. Meowing while you’re talking on the phone is one such example.

Avoiding conflict in a multi-cat household

Jealousy can soon arise in multi-cat households if no thought is given to feeding and toilet areas. Expecting your fur babies to stick to their own food bowls just because you wrote their names on them won’t work. Cats can’t read!

Whether you have two or twenty two cats, each must have their own space for feeding. Of course, unless you’re a crazy cat lady you’ll probably have anywhere from two to five cats, with maybe a dog or two!

Avoid jealousy by feeding all your cats at the same time. Showing favouritism by giving one cat extra treats will be noted, and stored for later use! Swatting and hissing are common reactions if you show favour to one and not the others.

The same rule applies to litter boxes. Never expect cats to share the same toilet. Each of your kitties must have his or her own litter box, plus one extra. Make sure the boxes are far enough part so each cat has its own private space.

Providing a space your cats can retreat to often avoids tension and conflict. This could be a corner of the sofa, or favourite perch on a cat tree. Just like you and I, cats need their own private space when things get overwhelming.

Cats are like kids and have favourite toys. If one of your cats sees a particular toy as her own, she may show signs of jealousy if another feline family member grabs it. A good idea would be to have one toy per cat with extra ones as well. Games that can involve more than one cat, such as catching toy fish in a bowl may help develop social skills. That’s not to say fights won’t break out over the fish!!

Signs your cat may be feeling jealous

Some of the most common signs of feline jealousy include aggression. If you have a multi-cat household and your kitty feels she’s missing out on attention, beware!! Aggressive behaviour towards another cat such as hissing or fighting could signal resentment.

The best way to remedy this is share the love equally! Never favour one of your cats in front of another. This won’t go unnoticed, and kitties have superb long term memories! In addition, they’re selective on how they act on them:)

Aggressive behaviour towards you is usually punishment for giving attention elsewhere. Your cat believes she is the centre of the universe and should get your undivided attention at all times.

Working on an important project online, or socialising on Facebook can evoke jealousy if your kitty feels left out. Of course, she doesn’t understand what you’re doing, but may try her hardest to stop you. Pawing your phone or biting your hand are common reactions, as mentioned previously.

Insecure cats are most likely to act this way, but behaviour should gradually improve as you show love and kindness. However, some cats who’ve experienced past trauma may never fully recover. In this case you’d have to accept the behaviour as part of your cat’s personality.

Becoming withdrawn and hiding is another sign of jealousy. Though less obvious, it’s often the result of being bullied by a more dominant cat. Your poor kitty may feel unable to compete and simply gives up. If you feel one of your cats is behaving in this way you need to work out why. Letting things continue could result in depression. And, yes, cats are able to get depressed just like humans!

Spend more time with your cat and encourage her to play and socialise. Don’t ignore your dominant kitty as you’ll be storing up trouble, but instead, use positive reinforcement. Rewarding non-aggressive behaviour with treats usually works well with cats.

One of the signs of jealousy in cats is eliminating outside the litter box. If your kitty is healthy with no underlying problems, chances are it’s a behaviour issue. Usually, stress is the reason, with jealousy playing a part. Be on the lookout for intimidation from another member of your fur family. Threatening behaviour from a dominant cat could be making your kitty scared to use the litter box.

Adding to your fur family

Adding a new member to your feline family may seem like a nice idea with good intentions. After all, your kitty will be getting a new playmate. However, your cat may not see it in quite the same light as you.

In addition, if you already have multiple cats they will have established a hierarchy. Introducing a new kitten may cause jealousy and disruption within the family. If you want to avoid fur flying everywhere you’ll need to take these things into consideration, and carefully plan how you’ll introduce your new arrival.

Jealousy of a new partner in your life

If you’ve always lived alone with your cat and suddenly get a new partner, be prepared for trouble. Most of the time though, things will be fine, especially if the new love of your life likes cats. However, if your kitty has always had your undivided attention and is particularly insecure, you could experience a few initial problems.

Dislike or aggression towards a particular person can mean several things. Either your cat is jealous of his or her presence, or is scared. This in no way is reflective of your new partner. It could simply be due to past ill treatment from someone of the same sex. My previous cat was scared of my boyfriend, even though he loved cats. I could only assume he reminded her of a past trauma. Maybe a man with a similar voice mistreated her.

Jealousy of a new baby

It’s extremely rare for a cat to attack a baby, and jealousy only occurs if you completely ignore your kitty. As long as you continue to spend quality time with your cat and make time for play there shouldn’t be a problem. In fact some breeds of cat in particular, love babies and small children.

Raising children with pets often makes them more sensitive. There are so many benefits, so never fear your kitty will harm a baby. Any jealousy usually fades as soon as your baby becomes mobile and wants to play!

As bizarre as it sounds, cats can feel jealous of changes in the home. This is usually because their territory has moved or altered and replaced with new smells. Getting rid of that tatty old sofa with scratch marks may seem a good idea to you. However, your feline friend regards it as her possession and can easily get stressed at its sudden absence.

New flooring or carpets can have a similar effect, as well as replacing tables and chairs. Jealous behaviour can manifest as stress as your kitty re-establishes her territory. Rubbing against furniture with her head marks them with her scent. She’s claiming them as her own so you can imagine the upset at finding her environment has changed.

You can make your cat feel better by installing a Feliway plug in diffuser. Feliway contains artificial pheromones similar to the ones found in your cat’s scent glands. Though you won’t smell anything, your cat will feel calmer as the effects start to work.

Whether you have one kitty or several you need to make sure you give each one quality time. Even a few minutes of play time every day is reassuring to your fur babies. This helps strengthen the bond and avoids jealousy.

While avoiding jealousy between cats may seem hard at times, it’s important to keep it under control. Rivalry can get out of hand if one cat becomes more dominant. Why do cats get jealous of objects is a question often asked by pet parents, and hopefully, I’ve helped answer this.

As you can see, cats aren’t really that different to us in many ways. Jealousy, rivalry, the need for love and attention are shared by both humans and their pets. If you’ve enjoyed this article please share. Also if you have any questions or would like to share your experiences, please comment below. 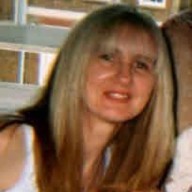 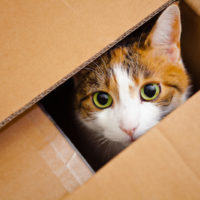 Why Do Cats Like Boxes So Much? The Truth Revealed! 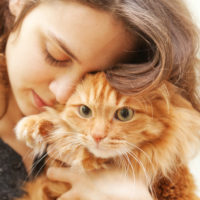 Do Cats Have Feelings? Does Your Cat Really Love You? 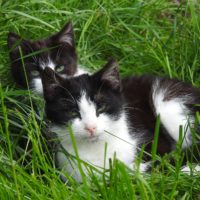 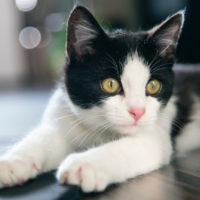 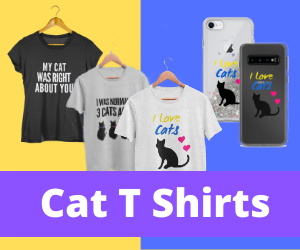 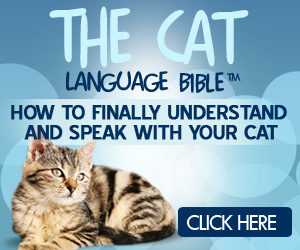