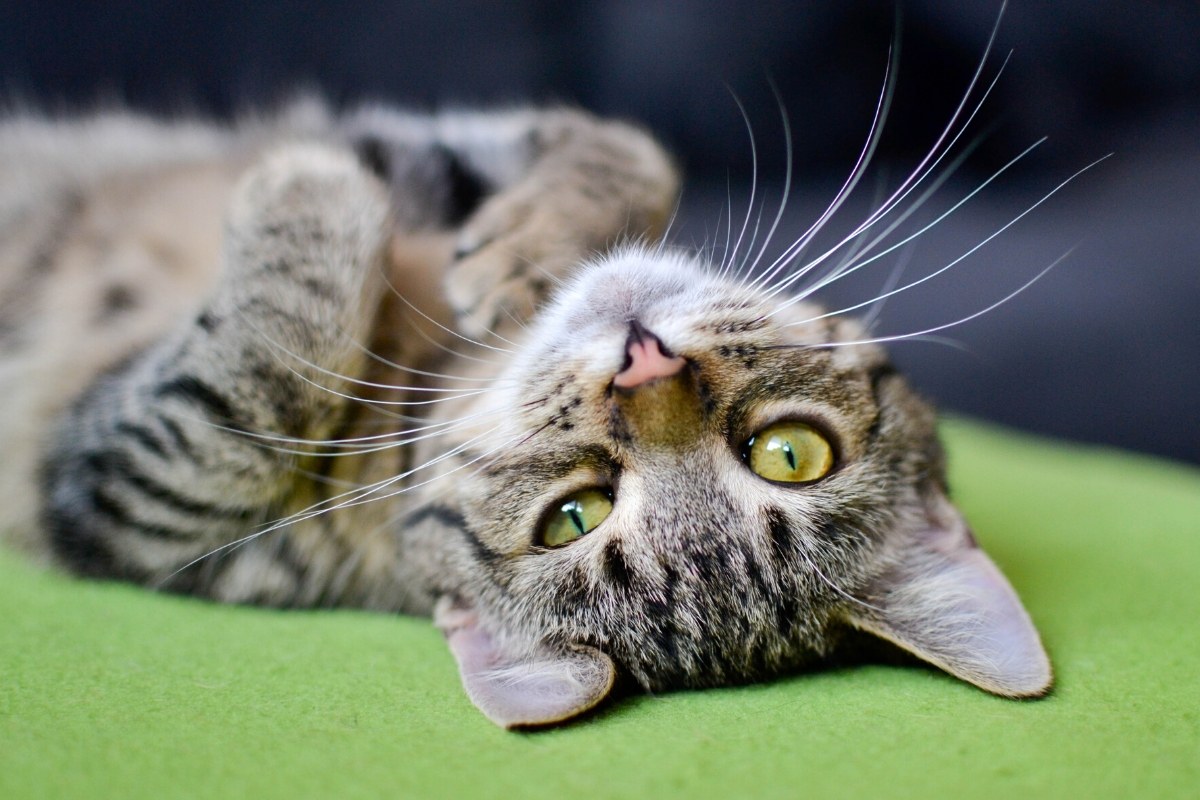 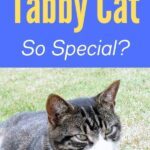 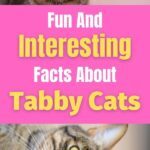 In this post you’ll learn all about tabby cats and why they make such good pets. This much loved kitty finds its way into the hearts of many, and has one of the most common coat colour patterns of all domestic cats.

We’ll look at the history of the tabby and where they originated from. We’ll also look at the different tabby markings and how you can identify them. You may find this interesting if you already own a tabby, but also if you’re just considering one as a pet.

In addition you’ll discover all about the personality of these loving felines, and why they’re so easy to care for. When most people think of a cat they imagine a tabby, this because they’re so common.

Also, many non-cat people think tabbies are a breed, when in actual fact they’re just kitties with certain types of coat patterns. Most tabbies are non-breed with none of the airs and graces some pedigrees exhibit! They don’t inherit many of the genetic illnesses associated with thoroughbreds, and can live very long lives.

Where did tabby cats originate from?

You may be surprised to learn that tabbies have been around for thousands of years and were the first type of domesticated cat. Their distinctive striped pattern probably evolved from wild cat ancestors. These markings are a way of camouflaging themselves both from predators, and prey. It’s far easier to stalk prey if you blend in with the tall grasses, and plants of your surroundings!

The number one distinguishing feature of a true tabby is the famous M mark on the forehead. There’s a lot of folklore surrounding this, with Egyptians calling it Mau which means cat, and Muslims naming it Muhammad. You’ll love the heartwarming tale of a tabby which goes back to the birth of Jesus.

Legend suggests Mary was trying to keep her baby warm in the freezing cold stable when a stray tabby cat wandered in and snuggled against the infant. The warmth of it’s body comforted the baby and the cat started purring. Mary was full of gratitude and stroked the cat’s head leaving behind the letter M as a reminder to humanity of this cat’s gesture.

Where did the name “tabby” come from?

You’ll be interested to learn the term tabby comes from a middle eastern silk called atabi. Soon after this striped fabric arrived in the UK many cat owners noticed a similarity to the markings of what were known as tiger cats. At first the name tabi was given, but over time this evolved to tabby.

What are the different types of tabby cat markings?

Tabby markings are so common you’ll find them in many pedigree cats as well as moggies. Lynx point Siamese have tabby points, and Singapura cats sometimes have ticked patterns. You can also find tabby Ragdolls, and Maine coons.

The classic tabby has a marbled coat pattern with large swirling patterns on each side, and often ring marks on the legs and tail. Whereas the mackerel tabby has vertical stripes on it’s body resembling fish bones.

Spotted tabby markings are less common, and found in breeds such as the Bengal. These can be small in size or large, and vary in shape from oval to rosette. Lastly, ticked tabby cats are slightly different. At first glance you wouldn’t think you were looking at a tabby. However, if you look at the face you should be able to see very clear tabby markings, including an M shape on the forehead.

Ticked tabbies also known as Abyssinians have alternating light and dark bands on each individual hair, and from a distance they look like tick marks. You can also find ticked patterns in cross breeds, though less common.

Another piece of information you may find interesting is the existence of a gene which is believed to be responsible for tabby markings found in cats. This is known as agouti, and defines the type of markings that appear.

However, it only has a limited effect on cats with black or red coats. That being said, you may sometimes see very faint tabby markings on black cats. This is why you often see hints of rust on a black cat if it’s sitting in sunlight.

What are the most common colours seen in tabby cats?

If you think of a tabby you’ll most likely imagine a brown, orange, or grey tabby. These are the most common colours, but as mentioned previously, many pedigrees can also have tabby markings. This is why you may sometimes find unusual coat colours such as lavender, cream, smoke, blue, and cinnamon.

Much of this is down to the breeder, and you’ll often find these colours in mixed breeds. Out of all those colours mentioned you’d find lavender tabbies the rarest. So if you’ve got your heart set on a lavender tabby, you may have to wait some time!

What is the personality of a tabby cat?

If you’re a cat lover, you’d find it hard not to fall in love with a tabby. Renowned for their gentle easy going nature, they make the perfect pet for those with children. Orange tabby cats have a reputation for being bossy and extrovert, with the lovable Garfield a famous example! His love of food is also shared by many orange tabbies, and is something you’d need to be mindful of as an owner:)

Laziness is another common trait of the orange tabby, and just like Garfield, these kitties may like nothing better than lounging around waiting for food! Though your feline friend may not eat pizza like Garfield, you need to watch her weight:)

Obesity in cats is just as serious and damaging to health as it is in humans. Whether your cat is a tabby or not, you must ensure she gets plenty of exercise.

Famous people and their love of tabbies.

If you love tabby cats you’re not alone as many well known people have shared their lives with these adorable pets. Winston Churchill had a love of cats and adopted many cats including an orange tabby named Tango. In his later years, one of his feline companions was a marmalade cat he called Jock.

You won’t be surprised to learn that his dying wish was an orange tabby with a white bib and socks was always to live at Chartwell. Since then the tradition has continued to this day.

Ed Sheeran, also has a love of cats and adopted a sweet 4 week old tabby, and Isla Fisher, star of Home and Away, has a cute tabby cat. Carlos PenaVega, the famous Grease Live actor has a biscuit coloured tabby, and Audrey Hepburn’s famous co-star in the film “Breakfast at Tiffany’s was an orange tabby.

Do tabbies have any health problems associated with them?

You’ll be glad to hear that in general, tabbies are very healthy and can live long lives with the average being 15 years. However, some pedigree tabbies may inherit diseases passed on through genes. It’s up to you to care for your cat and ensure she’s healthy. You can do this by feeding her a quality diet and remembering to take her for an annual health check.

Should you get a tabby cat?

Now you know all about tabby cats, should you consider getting one? If this is is your first cat you’ll find a tabby easy going, loving and intelligent. If you’re looking for a lap cat who’ll cuddle you and watch your favourite TV shows, you’ll be in luck.

There’s no shortage of tabby cats in rescue centres, so if you want to adopt one, you could be taking your cat home very soon. However, if you want a pedigree tabby you’ll probably need to find a breeder.

Wishing you a purrfect day:)
Kathy:)

6 thoughts on “About Tabby Cats”